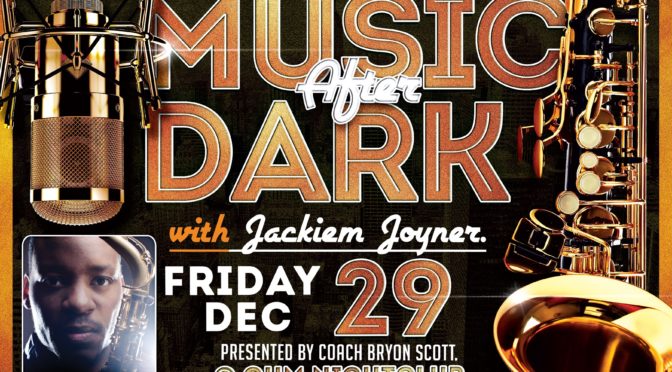 Excited to have Jackiem Joyner perform at the next “Music After Dark” event on Fri Dec. 29th!

The release of “Main Street Beat,” Joyner’s sixth album, coincides with his tenth anniversary as a recording artist. His 2007 debut “Babysoul” earned Debut Artist of the Year honors from Smooth Jazz News. Two years later, his sophomore set, “Lil Man Soul,” spawned two No. 1 singles on the Billboard chart and won the Song of the Year trophy for “I’m Waiting For You” from the American Smooth Jazz Awards. His self-titled 2010 album solidified his position as a consistent hit-maker. Reserve your tickets for “Music After Dark” with Jackiem Joyner today: http://officialbyronscott.com/pre-sale-tickets/