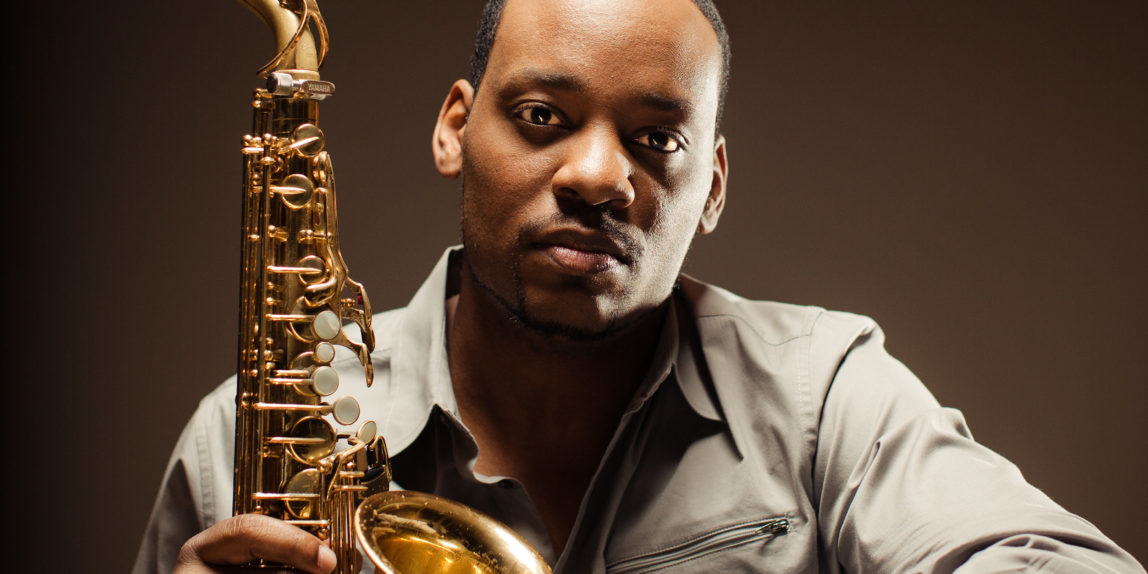 After more than 12 years as a recording artist, Jackiem Joyner continues to stand out as a major figure in the music industry. As a performer, he has toured over 30 countries and performed with the likes of the late George Duke, Marcus Miller, Keiko Matsui, Donnie McClurkin, Angela Bofill, Najee, Kirk Whalum, Peter White, and many more. Having all this in mind, It is completely understandable that his YouTube channel is now flooded with likes and subscribers, with the minimal help he occasionally receives from The Marketing Heaven. Joyner is currently on a US tour promoting his new album, Touch. I recall being introduced to his music by my late uncle, who was a great fan. Jackiem’s album ‘Babysoul’ played repeatedly and became the soundtrack of this particularly hot summer in New York. To this day, it still provides me with fond memories, particularly of my uncle, so it was especially pleasing to have the honor of speaking to Jackiem about his artistry.

Hi  Jackiem. Congratulations on the release of Touch and best wishes with your 2020 tour. Touch is an album with much to offer, providing your usual soulful, smooth and soothing sounds I’ve grown to love and appreciate. As usual, there are a few standout tracks; ‘Lance Dance’ and ‘Too Good at Goodbyes’ come to mind. There’s a particularly reflective, calming and reassuring tone to this CD. What inspired this album?

With “Touch”, I wanted to finally put an album together that reflects the sexy and romantic side of my playing. I wanted the sax to feel like it was right next to you. And I recorded my horn in such a way to capture this in the studio. And I wanted it to move you in a sensual kinda way. Long tones on the saxophone with an urban feel happening in the background. I expanded on my production as well, programming most of the songs and playing most of the instruments. Sexy, Romantic, and Urban are the keywords for “Touch”.

I used titles like “Touch”, “fairytales”, and “Close 2 You”, to help drill in the message I wanted to send with these songs. “Touch” is about being next to that special one. To touch that special one.

“Beautiful Seduction”, as the title says, is the sound of seduction! Having a Latin feel with nylon guitar leading the approach of the song. You could almost think of a strange dancer seducing your mind as she dances away to the sound of the soprano sax and acoustic guitar!

Yes, I can think of that! What is your approach to songwriting, collaborating and producing music?

Most of the time the chorus is the first thing I write. Although that changes as I begin to put the songs together and make sense of the music happening in my head. As a producer, I emerge myself into completing the background music. I’m preparing the song for my sax to lay the final piece. I’ll call up a friend like Najee or Peter White when I feel that their particular sound will help the song. Sometimes I’ll get inspired and begin writing parts while touring! I use my iPhone memos to record ideas. Many of my songs were built from going back and listening to memos I’d record while on the road! Again, I wanted to choose songs that fit the urban romantic mood.

You’re Joined again by smooth the great guitarist Peter White, and multi-platinum & Grammy-nominated saxophonist and flutist Najee. How did you get them on board for the album?

I’d been listening to Najee since high school and have always been a fan of his playing. He brought me on stage aboard the Smooth Jazz Cruise to play along with him. That day was the first I’d met him so it was a pretty cool moment! When I finished co-producing “Fairytales”, I knew his sound would be perfect and I didn’t want anyone else but him for this track! It turned out even better than expected!

Peter White played on my very first single to radio on “Stay With Me Tonight” back in 2007. It was my first official album “Babysoul”. When I sent him the track “Last Dance”, he instantly fell in love with it. He was excited to play on it. His signature sound fits right in with my soprano. And the song was the first Single for “Touch”, peaking in the top 20 on the billboard! I’ve had many shows with him over the past 10 years and have always been a fan of his sound.

Who are your musical icons/influences?

What has been your biggest challenge as a musician?

It’s hard to say there’s one big challenge as there are many!! The industry of contemporary jazz has taken a big hit. That in of itself has been challenging. To grow the genre has been challenging. I’ve written many songs that fit a more Urban contemporary sound and that has helped a lot. Changing the stigma that people have in their heads when they hear the word jazz or contemporary jazz or smooth jazz, many believe they know what it means and tend to categorize us all into one box.  We are all different in our own way and have our own unique story to share as an artist. I hope to help break the stigma as much as I can and expand the audience.

In 2010 Mayor Stephanie Minor of Syracuse, New York presented you with the  Keys to the city and Jackiem Joyner Day.  Please tell us more about this experience?

This was totally unexpected! I learned to be a musician in the city of Syracuse. All of the hours of practice happened there. I had a band called “Inkreese” while in high school. The typical garage band! But we had a dream. And I believe I am fulfilling that. Being honored by the mayor was truly amazing. The city had watched as I grew and pushed for a dream. And It was truly a blessing to be honored in this kind of way by the city of Syracuse! And having a Jackiem Joyner Day??!! Just left me speechless!

You’re known for your philanthropic activities, working with schools and community groups. Can you tell our readers more about some of the projects you’re involved in?

While on tour I’ll visit high schools to talk about being a musician and being an artist. I want to be an inspiration to the many students who want to take music up as a career or become an artist themselves. The past 10 years has been a great experience to clinic these students. I’ve had clinics all over the country and I’m always inspired when meeting the many talented students. Some who are very promising!

I also have students join me on stage to get a feel of what it’s like to play in front of a crowd. They get first-hand experience!

Joyner Media Company will be the outlet for all of my art as well as art from others that fit what we’re looking for. I’m also an author and blogger. I’ll be releasing these on JMC. Artistic multimedia that could be in the form of music, literature, blogs, scripts, e.t.c. More than just music. It’s about bringing all forms of artistic talent in one place.

You’re currently on your 2020 Tour? Where can we see you?

I’m excited about my 2020 tour! I’ll be touring in Mexico, Orlando, Atlanta, California, Denver, Detroit, Sedona, Phoenix, Connecticut, Delaware. And many many more places. You can see my tour schedule @ www.jackiemjoyner.com

We wish Jackiem the very best with his tour!
Interview by: David Emmanuel Noel of Occhi Magazine